Environmental conservation, and co-existence and co-prosperity with local communities
“Clean and bright underground mine”

The Hishikari Mine, located in northern Kagoshima Prefecture, boasts a high grade of around 20 grams of gold per tonne of ore (the average grade of major gold mines in the world is 3-5 grams) and has been producing gold steadily since 1985.
While there were many metal mines in Japan in the past, today the Hishikari Mine is the only metal mine in Japan that operates on a commercial scale. 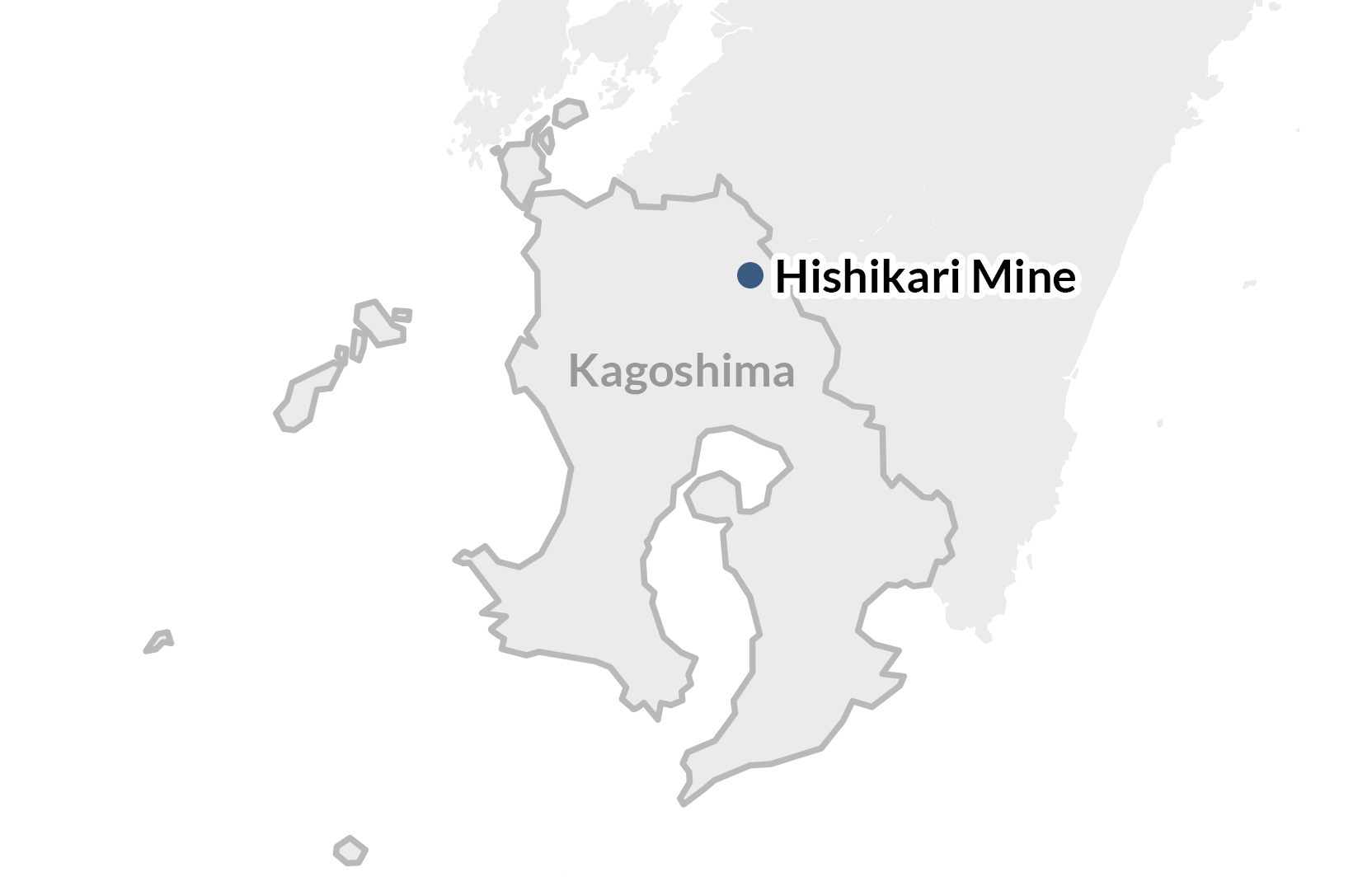 Ore Deposits of the Hishikari Mine

The ore deposits of the Hishikari Mine are known as "epithermal vein-type deposits". In the process of earth movements, known as "plate tectonics", in which the pacific plate slides under the Japanese archipelago, magma is generated. This magma comes up through cracks in the earth's crust, and erupts as volcanoes on the surface of the earth. When groundwater or water content of magma （hot water） is introduced into cracks of the surface of the earth during volcanic activity, substances that dissolved in hot water cool down and form ore veins. The gold deposits of the Hishikari Mine were formed in this way. They are believed to have formed approximately one million years ago. The gold deposits are very new from a geological standpoint and are characterized by their accompanying hot spring water with a temperature of 65 degrees C. 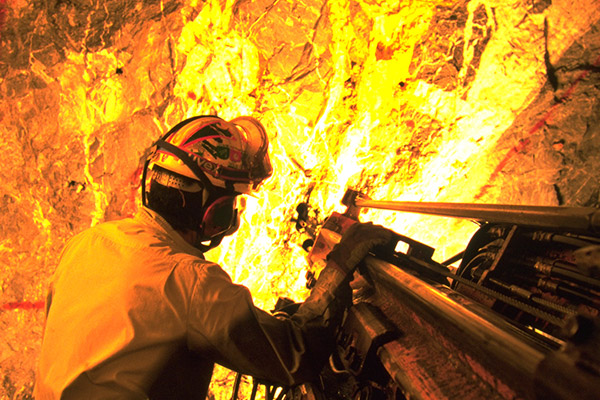 The ore deposits of the Hishikari Mine are formed by several ore veins running vertically. Drifts are made for mining in a horizontal direction against these ore deposits.
Holes are drilled in the ore veins using a drilling machine （Jumbo）. 40 to 50 holes with a depth of 1.8 m to 3.5 m are drilled. 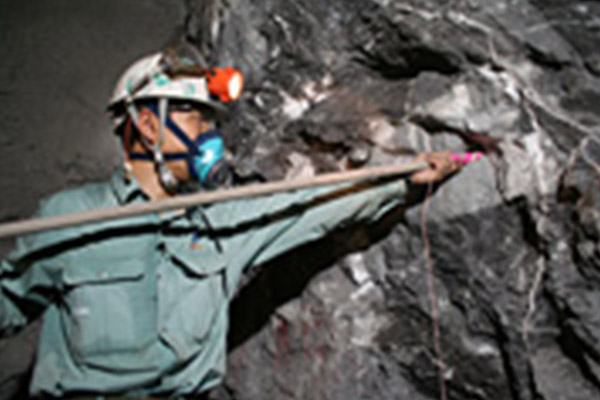 1kg to 2kg of water gel explosives are loaded into each hole to blast the holes. 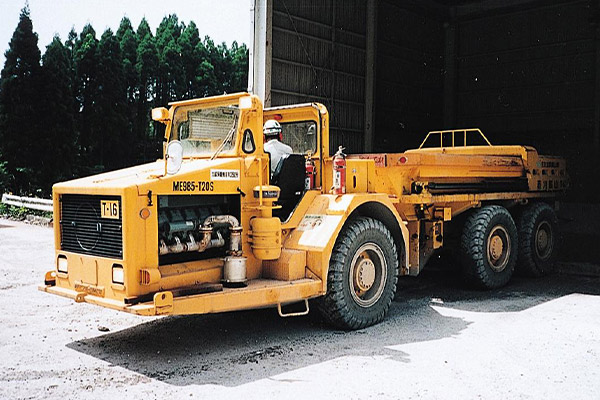 The ore broken up by blasting is collected by special loading equipment.
The collected ore is loaded onto dump trucks and transported to the surface for processing at a facility. 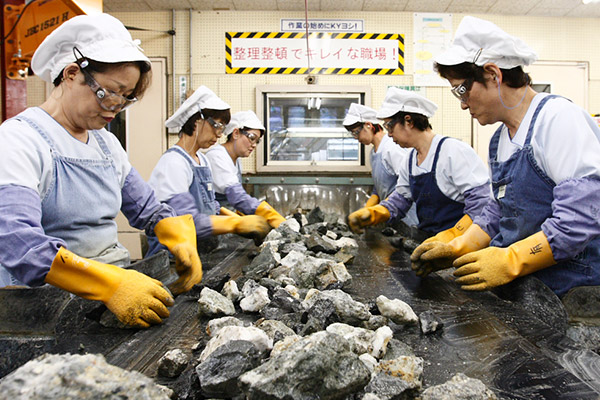 The mined ore is crushed into palm-sized pieces and sorted by automated machines and by hand. 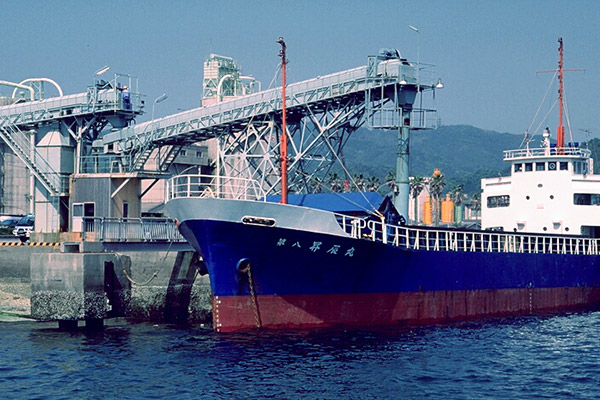 The separated gold ore is loaded into a gold ore carrier at the Kajiki Port in Kinkowan, and is transported to the Toyo Smelter & Refinery, which is SMM's main smelter. 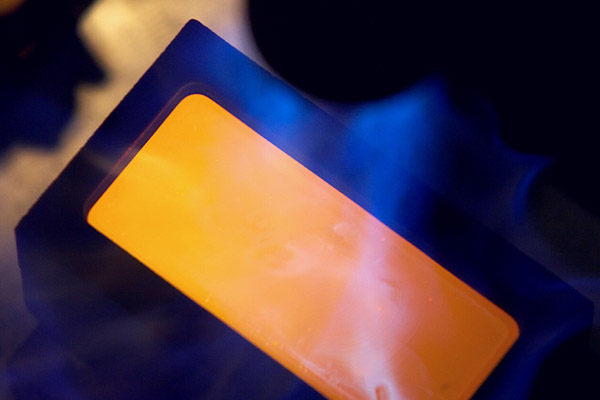 The gold ore brought to the Toyo Smelter & Refinery goes through a precious metal refining process in which pure gold with a purity of 99.99% is extracted.

Hishikari Mine in Visual Media

Learn about the Hishikari Mine in pictures with description.

Back to Domestic Core Facilities